Morris + Company has completed a retirement living scheme with a bevelled brickfacade for developer Pegasus Life in Hampstead, London.

Called Belle Vue, the development is sandwiched between the Royal Free Hospital and a series of 19th-century brick residential and civic structures in a conservation area. 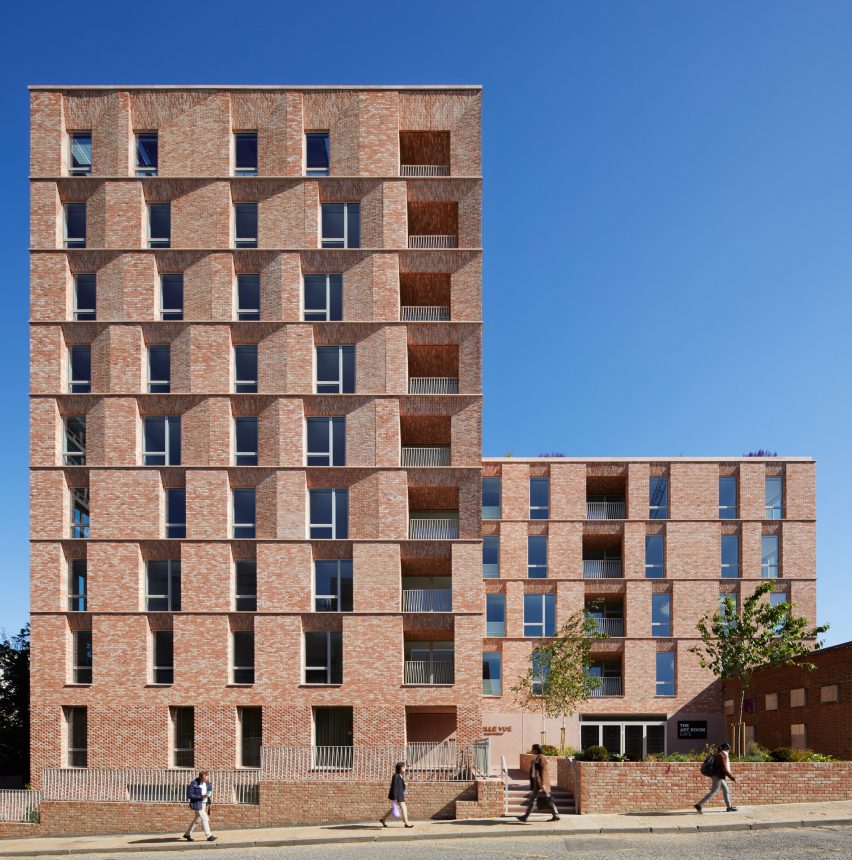 Belle Vue’s exterior has a textured brick base and chamfered window reveals that widen further up the blocks. Thin strips of precast concrete have been introduced to unify the elevations and give external horizontal definition to each level.

“This sequence of blocks is finished in a brick skin which modulates in tone and texture as the blocks increase in height, as well as mediating between the varying mass and topography of the surrounding cityscape,” said Morris + Company. 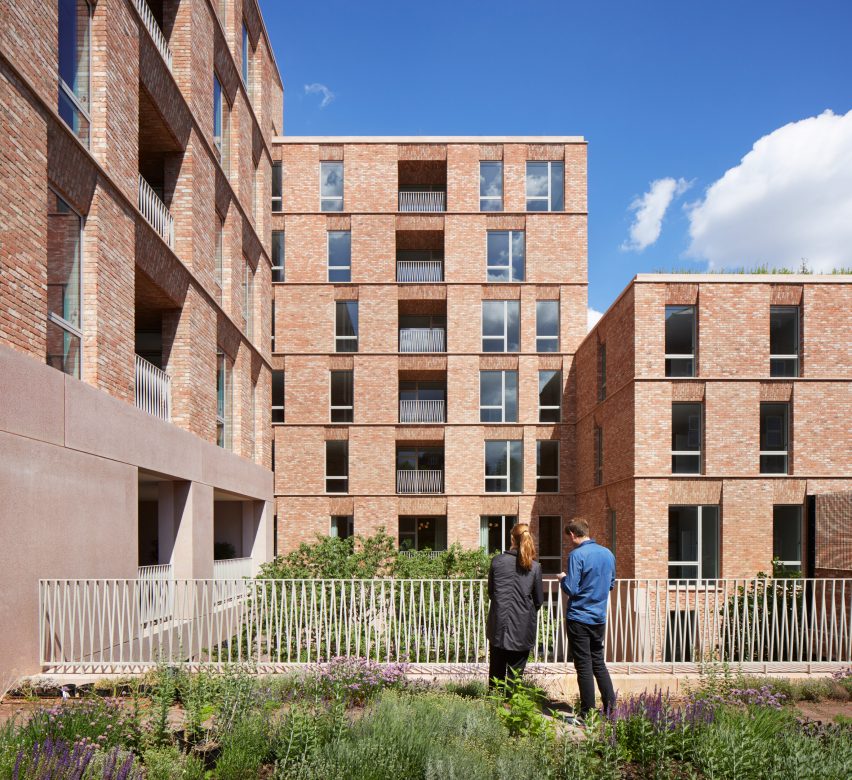 The ten-storey development is a series of interconnected blocks housing 59 one and two-bed apartments, a health spa, gym, swimming pool, resident’s lounge, library, gardens and a public restaurant and cafe.

Blocks are arranged around the central garden space, which is visible as soon as residents and visitors enter the reception and is overlooked by the public restaurant, the larder of which opens onto a small herb garden.

Occupying the lower ground floor, both the pool and the large residents’ lounge also overlook this courtyard with large windows.

The staggered arrangement allows for a subtle delineation between Belle Vue’s public-facing facilities, located at the northern end of the plan, and the residents’ private spaces.

Most of the apartments have been created as dual-aspect, with large windows and deep inset corner balconies, preventing overlooking from the neighbouring structures.

These balconies have been finished with delicate steel filigree balustrades, contrasting the robustness of the brickwork.

Morris + Company has recently completed another scheme for Pegasus Life at the Wildernesse Estate in Kent, with a staggered terrace of brick houses and also a public restaurant.

An Elegant Redwood Deck Transforms the Exterior of a ‘70s Home

The beautiful two-story redwood structure forms an upper deck and lower dining room, creating a variety of outdoor spaces for the...

Call for entries to the Tile of Spain Awards 2019

Dezeen promotion: architects, designers and students are invited to submit projects to this year's Tile of Spain Awards. The annual...